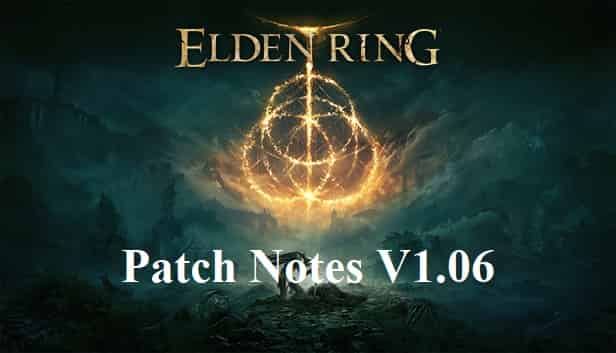 Six months after its release, fans’ interest is still high and the developer continues to optimize its title. Elden Ring Patch 1.06 is now live and brings a lot of new things with it with a multitude of changes. The patch is available for all versions of Elden Ring, i.e. on PC, PS4, PS5, Xbox One, and Xbox Series X/S.

FromSoftware is changing a variety of abilities with Elden Ring patch 1.06, shaking up the existing meta of the game. Many significant nerfs and buffs went live with the update. Among other things, the damage of the katana’s Bloody Streams special ability is reduced.

Since bleed damage is extremely effective in Elden Ring, there are many players who rely on this weapon and its special attack. The Ashes of War Bloodhound step, popular in both PvP and PvE, has also been toned down – it now gains less ground and doesn’t leave you invulnerable for as long while using it as before.

Check out the complete patch notes below:

These are the major changes included in the latest update.

※When sending a co-op sign to distant areas with this function, summoning pools in “Mohgwyn Palace” will be excluded