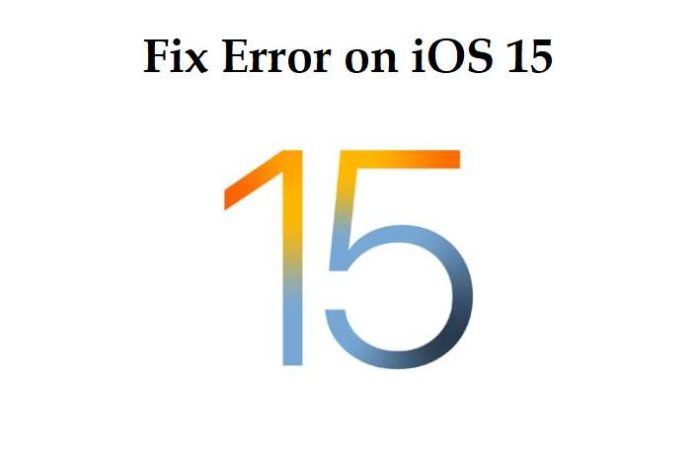 Apple released the iOS 15 recently at its Apple event along with the new iPhone 13 series. The iOS 15 comes as a major upgrade and the users have been loving it. It is now available for download on all supported iPhone models. If you’re interested in downloading the update right away, all you have to do is head over to the Settings app.

However, sometimes the update process may not be as simple as it sounds. If you run into a software update failed error when trying to update to iOS 15, there are a few things you can try to fix.

As mentioned above, it is common to have problems installing the latest version of iOS and there is no need to panic. According to the website iphonehacks, this error is common due to Apple managing the mass load on its servers as millions of users attempt to install the iOS 15 update on their device at the same time.

If you have received a “Software update failed” error when trying to update to iOS 15, you can follow the tips mentioned below to fix it.

Close the error on the iOS 15 message and all the apps, and then restart your iPhone. Once your iPhone is on, connect it to a working WiFi connection and then wait a few minutes. Once you do, head to Settings> General> Software Update. Now continue to install the update. This will fix the software update error when installing iOS 15.

Users eagerly wait for the update and when the update is released millions of iPhone and iPad users will try to install it. This puts a load on Apple’s servers. From now on, it would be vital to wait a few hours and then try to update your device again.

You can update to the latest iOS 15 through your PC. All you have to do is connect your iPhone to your Mac or Windows PC, launch Finder on Mac and iTunes on Windows, and then click the Update button from Summary.

You also have the option to manually install iOS 15 using the IPSW firmware file. Just download the file on your iPhone and then install it. While it is not an easy method, it gets the job done.

Parallels 17.1 Comes With Full Support for Windows 11 and macOS Monterey