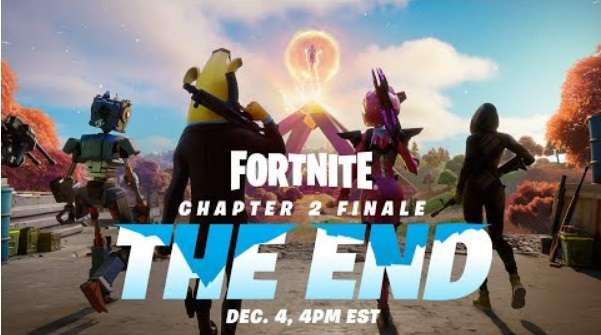 2021 was an extremely busy year for Fortnite players, who received a host of skins and cosmetic items based on famous pop culture characters and celebrities, including Naruto, Wonder Woman, Chapulín Colorado, Jinx, and Ariana Grande. This week, Epic Games released a teaser of the big closing event for Fortnite Chapter 2, which also confirms the release date.

Fortnite’s next big event not only marks the end of the season but also ends chapter 2. Called “The End”, the event is scheduled to start on December 4th. Epic describes the event as “the last chance for the island’s fate,” suggesting that a new map will be released soon.

“The End” is a one-time-only, in-game event. Content creators and players looking to relive the final moments of Fortnite Chapter 2 should take steps to record and archive their experience as replays will not be available. Players will be unable to edit their settings once “The End” begins, so please adjust any visual options to your preferred viewing experience before joining. Because the Season will end a day early, all players who log in before the end of the Season will receive a 225,000 XP reward.

The closing event of the previous chapter was certainly massive, with a black hole destroying the game’s original island and causing the game to go offline for several days before the start of chapter 2. For now, we have no idea what the changes will be. presented by chapter 3.