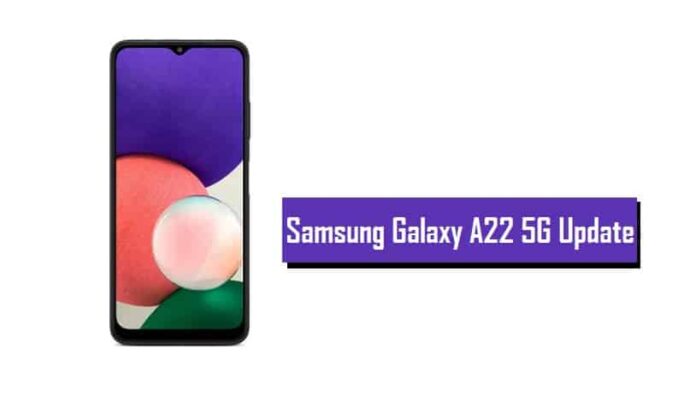 The Samsung Galaxy A22 5G started receiving Android 13 in India. The information comes from the SamMobile portal and the update comes with the firmware version A226BXXU5CVK9. As expected, the South Korean brand’s smartphone is running One UI 5.0, in addition to the November security package.

It is worth remembering that the Samsung Galaxy A22 5G was launched in 2021 with Android 11 out of the box and a few months ago it received Android version 12 of the operating system with the One Ui 4.1 interface. Now, it accompanies other models like the Galaxy M62, which is also receiving the Android 13 update in some Asian countries.

For now, the update appears to be available only to users residing in India. However, more countries should receive news about the stable version of the OS in the coming weeks. Another mid-range device to receive One UI 5.0 and Android 13 was the Samsung Galaxy M33 5G.

The update, in short, is not difficult to install just enter the settings and look for the update within the related section. Then, just tap “ Download and Install ” to be able to download the software on your device. In addition, it is also possible to manually download and install it yourself.

More and more smartphones from the manufacturer are receiving the new version of the operating system. According to its policy, the A22 should receive one more major update. Therefore, cell phone owners can remain calm for a while longer before the item is no longer eligible for future software updates.