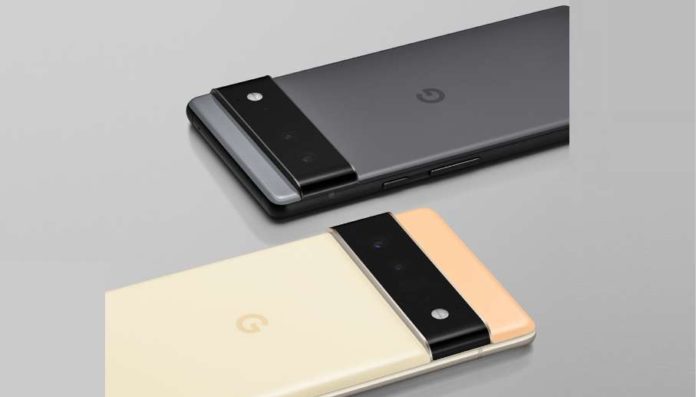 Google finally officially unveiled the new Pixel 6 series confirming the two handsets with their names and design. Unfortunately, the announcement is not in full disclosure of the new Pixel 6 and Pixel 6 Pro handsets. Google highlights the SoC of the devices, called the Tensor SoC, in reference to the Tensor Processing Units (TPU) that Google uses on its servers. The handsets will be launched later this year.

The Tensor is the SoC, not a single processor. And while it was developed by Google, it’s not clear whether it was manufactured by the company or licensed from other manufacturers. What we do know for sure is that the TPU mobile for AI operations and the new Titan M2 chip for security are made by Google.

Benefits brought by the new custom chip include enhancements to computational photography capabilities, including video calculations, a new dedicated security core, and a Titan M2 chip for the best security available on any smartphone. The rest, including the CPU, GPU, and 5G modem is still a mystery.

Together with these details, Google confirmed the rumors that have been with us for some time, sharing the official render images of the two smartphones, with what will be the colors available to users. If the Google Pixel 6, with its 6.4-inch FullHD+ screen and 90Hz refresh, will have a matte aluminum finish, the Google Pixel 6 Pro and its 6.7-inch QHD+ screen will have a glossy aluminum frame, for one look.

Google has not provided technical details, such as the size of the photosensors, the type and number of CPU and GPU cores, RAM, and battery, but we know for sure that 5G networks will be supported. As for the performance of the new chipset, Rick Osterloh says that if the classic performance is in line with the best opponents, the AI ​​will be on another level, offering a completely different experience.

Here’s a sneak peek at the newest Google Phones powered by Google Tensor – the brand new chip designed by Google, custom-made for Pixel.

Both are coming later this year.

We’ll tell you a little about them in this 🧵 👇

Finally, the presence of a fingerprint reader under the display has been confirmed. The Google Pixel series will arrive later this year, Google has already announced that it will share more details with users in the coming weeks.