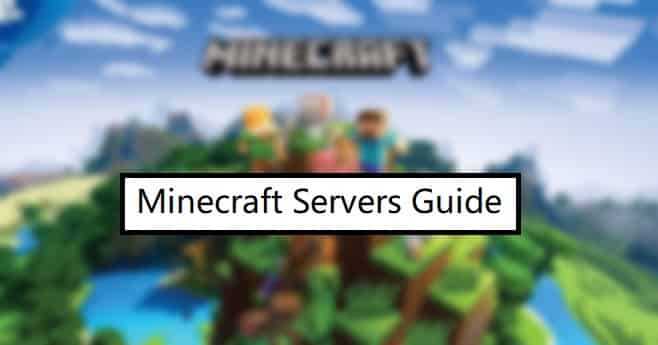 Check out the guide explaining Minecraft servers, its types and features. Minecraft is a hugely popular game that has been enjoyed by millions of people around the world. It’s a sandbox game that lets you create your own world and play with others online. If you’re looking for a good way to spend your free time, Minecraft is definitely worth checking out.

Minecraft is a 3D game in which players use cubes to build things, explore dungeons, and fight enemies. It’s a very popular game and there are many different servers available for players to join.

Minecraft servers can be very different, with some being purely PVP (player versus player) and others being purely PVE (player versus environment). Some servers are dedicated to creative building, others are focused on PvP, and others are purely for PvP and PvE.
There are many different types of servers, so it’s important to do some research to find the type of server that’s right for you.

4. How to Choose a Minecraft Server

Minecraft servers are a great way to have some fun with friends and family, or even to work on some collaborative projects with others. There are many different types of Minecraft servers out there and it can be hard to choose the best one for you.

Once you’ve decided what you’re looking for, the next step is to look at the ratings. This will give you a good idea of which servers are the best for your needs. You can also look at the reviews to see what other people think about the server.

If you’re still undecided, you can always visit the server’s website and look at the map. This will give you a good idea of where the server is located and how large it is.

Finally, you can try the server out. This is the best way to find out if it’s the right server for you. You can also ask the owner or a friend who has already been on the server.

5. How to Connect to a Minecraft Server

Minecraft is a popular video game that can be played on many different platforms. If you’re looking for a way to spend some quality time with friends or family, Minecraft is a great option. To connect to a Minecraft server, you’ll need to research which server is the best for you.

There are many different types of servers, from survival to creativity, and you’ll want to choose the one that’s right for you. You’ll also need to decide what type of player you are. Are you someone who wants to build things and explore the world, or are you more of a fighter who wants to battle against others?

Once you’ve chosen the server, the next step is to sign up. This can be done by going to the server’s website and filling out a registration form. After you’ve registered, you’ll be able to join the server and begin playing.

6. How to Play on a Minecraft Server

Minecraft servers are a great way to play the game with friends or co-workers. There are many different servers to choose from, each with its own unique features.

Once you’ve found a server that you want to play on, you’ll need to register for an account. This will allow you to login and make your character. You’ll also need to choose a name for your character and select a server to join.

ALSO READ:  What is the Channeling Enchantment in Minecraft?

Once you’re in the game, you’ll need to find the server’s chat room. To do this, type “/chat” into the chat box at the top of the screen. This will take you to the chat room for the server.

Once you’re in the chat room, you can start talking to the other players. To do this, type “!playerinfo” into the chat box and press enter. This will give you the player’s name, rank, and faction.

If you’re looking for a more in-depth guide to playing on Minecraft servers, be sure to check out the following website:

7. How to Join a Minecraft Server

First, you’ll want to take a look at the server’s rating. This will give you an idea of the level of difficulty and the quality of the server. After you’ve found a server you’re interested in, you’ll want to determine the type of server it is. There are many different types of servers out there, including vanilla, PvP, creative, and Mini games.

8. How to Play With Friends on a Minecraft Server

9. How to Create and Join Clans in Minecraft

Minecraft is a hugely popular game that has been around for quite some time. If you’re looking to play with others then you’ll need to find a Minecraft server. There are many Minecraft servers to choose from, but which is the best?

10. How to Troubleshoot Problems on a Minecraft Servers

Minecraft servers can be a lot of fun, but they can also be a lot of work. If you’re having problems with your server, there are a few things you can do to troubleshoot the issue.
First, try restarting your server. This will clear out any old data and should help you to solve the problem.

Minecraft is one of the most popular games of all time, and for good reason! It’s a fun, interactive game that can be enjoyed by anyone. If you’re looking for a great server to play on, we’ve got you covered. Check out the best Minecraft servers today and have some fun!