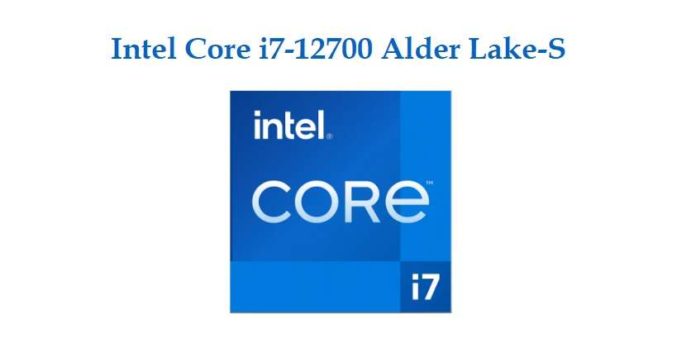 As we approach the release of Intel’s 12th generation processor, massive leaks detail the chips’ power consumption, interconnect, and core count, leaving little information in the shadows. On the other hand, benchmarking test results also leak continuously and now we see Intel Core i7-12700 Alder Lake-S.

New Benchmark provides first impressions of the performance these processors will offer against their main competitor, AMD Ryzen. The supposed Intel Core i7-12700 appeared in Geekbench, reinforcing some previous predictions. 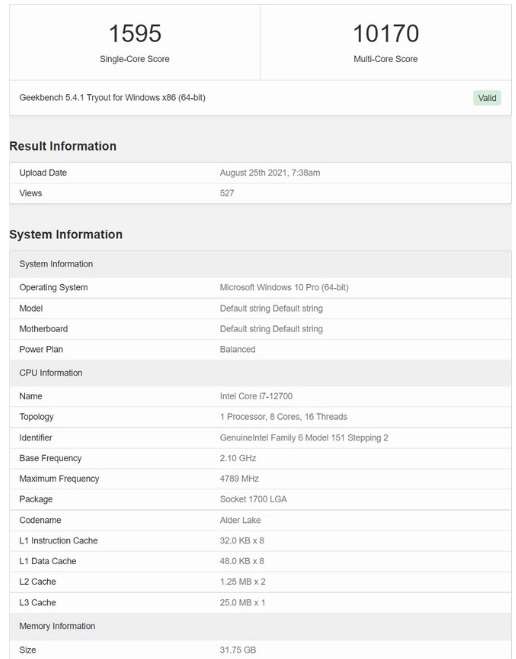 With the “Intel 7” lithograph, the Core i7-12700 will be one of the most advanced desktop models. The BenchLeaks found the listing on Geekbench 5, where some specifications are distorted due to the lack of drivers and a patch that understands the hybrid architecture of the Alder Lake family.

This platform will feature 6 high-performance cores (Golden Cove) and 8 low-power cores (Gracemont) for a total of 14 cores and 20 threads, plus 25MB L3 cache capacity — 18MB for Golden Cove and 6MB from Gracemont.

The processor reached the base clock speed of 2.1 GHz and reached 4.8 GHz in boost mode in tests. It should be noted that this is not a variant of the “K” series, represented by unlocked chips for overclocking, so its frequencies are naturally inferior to the high-end models at the 65W TDP.