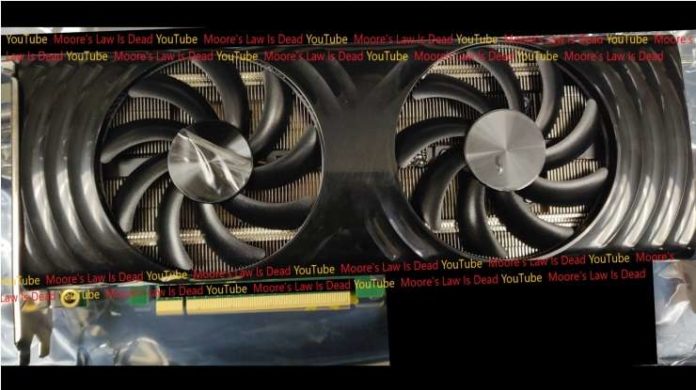 At this point, you can already say with certainty that Intel is working on its first video card for games. It’ll compete with releases from NVIDIA and AMD, but we still have no idea how the card will look. But now we’ve got the first images of the Intel Xe-HPG DG2.

Moore’s Law is Dead, a YouTuber famous for getting information about Intel release publishes a video about Intel GPU which appears to be pictures of the Xe-HPG DG2. Indicating that the card will be quite large and has two fans to dissipate the heat, in addition to a double 8 + 6-pin PCI-E connector.

This feature suggests that the card’s TDP can be quite high, probably in the range of 225-275 watts (potentially 300W peak).

The YouTuber also claims that Intel is working on an alternative to NVIDIA’s DLSS: apparently, the company is developing a proprietary solution codenamed XeSS.

The video ends with a forecast for the launch of the new board for the second half of 2021. For now, we must treat all information as a rumor. Do you think that the Intel Xe-HPG DG2 manages to go head-to-head with NVIDIA and AMD? Let us know in the comments section below.