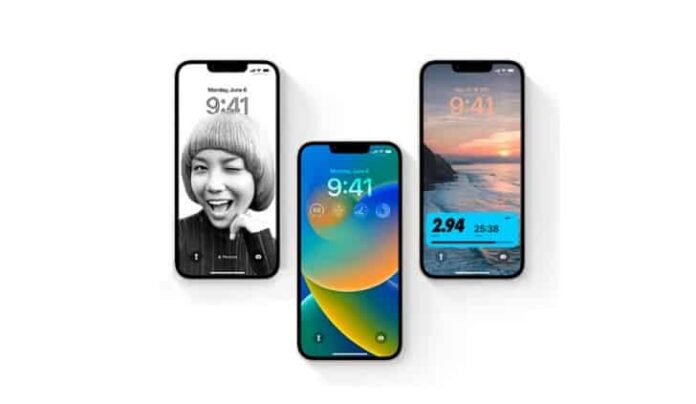 iOS 16 has been made official and its stable version will soon arrive on Apple devices. In addition, the operating system will have changes to accompany the new features of the new iPhone 14 Pro and Pro Max. In this sense, it promises news related to the device’s security.

A good example of this is the PassKeys, which will be present to facilitate the way of logging in, with the right to end-to-end encryption. According to Apple, this measure is more secure than most two-factor authentication systems that exist today.

It is worth mentioning that the development of the system was ready in August when the manufacturer was already preparing for the launch of its new line of smartphones. In the same way, another change that stands out is the iOS 16 lock screen. The section has been revamped and is now more customizable, allowing the user to make it their own.

You can add a shortcut to your favorite photos and even change your iPhone’s default system font. Not to mention the widgets that can be placed in order to obtain different types of information. For example, the user can get data about the weather, events marked on the calendar, battery levels, and much more.

There is also the possibility to create several different styles to select the one you want to use in a simple way. It is worth mentioning that the user can choose to view notifications already on the lock screen and the news does not stop there, as there are resources to share in a more intelligent and practical way, in addition to synchronization regardless of where you are.