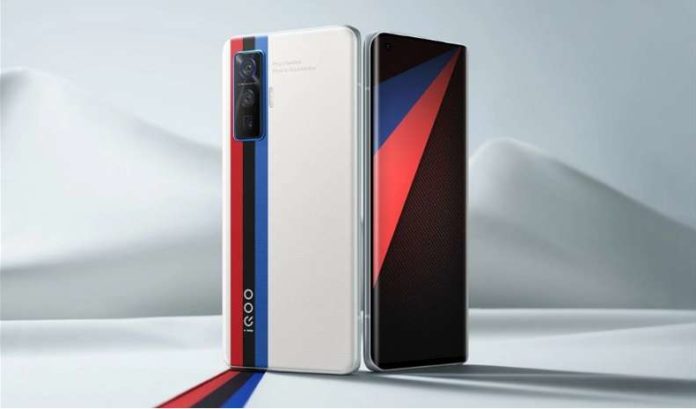 Launched earlier this year in China with very high-performance specifications and premium features, the iQOO 7 came alongside a special version designed in partnership with BMW. Offering a white back cover with the traditional red, black and red stripe, the phone called in iQOO 7 BMW M Motorsport Edition.

Now the company confirms the launch of the special model in the Indian market with another name: iQOO 7 Legend.

The information is released by the director of iQOO, Gagan Arora, in a video with an Indian YouTuber. He also confirmed the price range that the model will be launched in India which, as you can see in the thumbnail itself below, will be 3X,990 Rupees. It’s not the final price and the top model may go up to Rs. 39,000.

Both the BMW M Motorsport edition of iQOO 7 and the iQOO 7 Legend share identical specs such as the powerful Snapdragon 888 5G processor. The smartphone also has a 120 Hz screen, camera with a 48MP main sensor, and two other 13MP sensors for ultra-wide-angle lens and telephoto lens.

The model is also expected to maintain the same battery capacity of 4,000 mAh with a huge charging power of 120W, allowing the device to be fully recharged in less than 20 minutes.