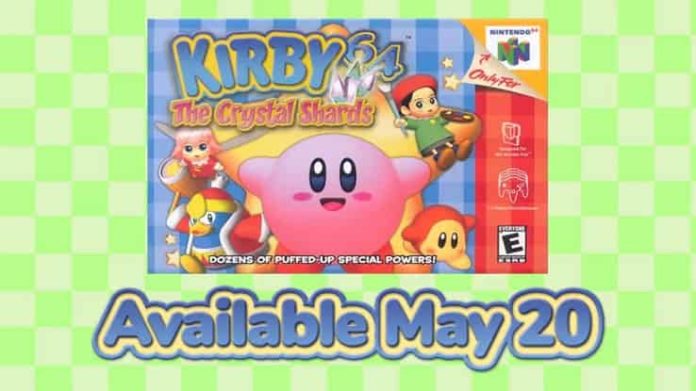 Despite the 3D appearance, it has lateral gameplay, in the style of the character’s adventures on Nintendo, Super Nintendo, and Game Boy.

Inhale enemies and combine their abilities in #Kirby‘s adventure beyond Dream Land! ⭐

Dozens of puffed-up special powers await you in Kirby 64: The Crystal Shards, floating onto #NintendoSwitch for #NintendoSwitchOnline + Expansion Pack members on 5/20! #Nintendo64 pic.twitter.com/4YtfIZ2Cnl

Kirby 64 marked the character’s debut in a polygonal game in a starring role, as the year before he appeared as one of the fighters in Super Smash Bros.

The title will be the fifteenth Nintendo 64 game available on Switch Online, following the addition of F-Zero X in March and The Legend of Zelda: Majora’s Mask in February. With its addition, the catalog looks like this:

The Switch Online Add-on Pack was released in October 2021, bringing a library of Nintendo 64 and Mega Drive games, but it had poor reception from players, mainly due to emulation issues and hefty prices.