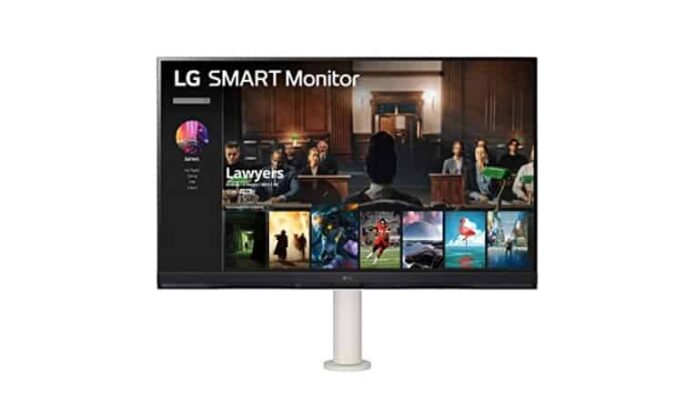 LG has launched a new smart monitor, the 32SQ780S, which comes with AirPlay 2. The product joins the company’s portfolio that has models such as one that was recently launched for the gamer audience. However, this does not seem to have the same audience as its focus.

Among its main features, it is worth mentioning the WebOS that it has as standard, in addition to the support for AirPlay 2, which allows the transmission of content directly from the iPhone. The design, in turn, is not far from other models that the manufacturer has launched previously, maintaining a minimalist tone.

It is also worth mentioning that it has 32 inches and 4K resolution, in addition to a USB-A input and two HDMI ports. Still, the big highlight is the item’s ability to transmit a power of up to 65W to a device connected to it through the USB-C port it has.

If you find your system familiar, you’re not wrong because it’s the same as the brand’s smart TVs. It even comes with pre-installed streaming apps, allowing the user to enjoy services like Hulu, Youtube, and Netflix. Finally, the item will be available for sale in white.

The LG smart monitor comes with a support that can be attached to the table and gives a lot of freedom for the user to move and position the monitor in the way they find most comfortable. Still, those who like higher refresh rates on products in this category may end up missing something when faced with the 60Hz of this display.