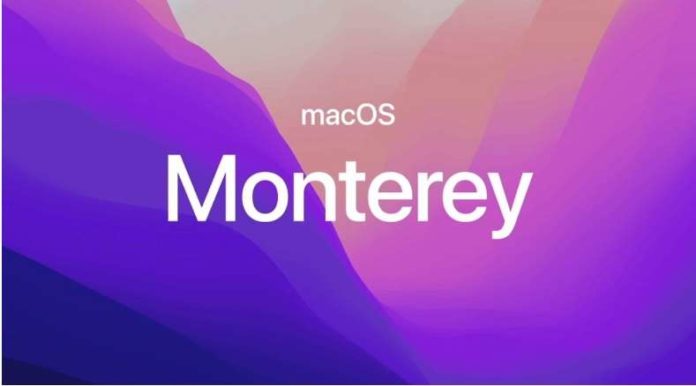 During the WWDC 2021 event, broadcasted virtually with much news for developers and, of course, for the consumer audience, Apple has already provided details about iOS 15 and watchOS 8. With this, another important news was revealed for Mac users. macOS Monterey was announced as the new version of the operating system for these platforms and will bring great improvements in media playback and integration with the new iOS.

The successor to macOS Big Su, a system that brought a redesigned design and major improvements to applications should consist of a more discreet update, focusing on internal improvements that improve people’s user experience and make the Apple ecosystem even more integrated.

“macOS Monterey is packed with features that help Mac users do more, connect with friends and family in amazing ways, and work on Mac and iPad more seamlessly than ever before,” commented Craig Federighi, Vice President of Engineering of Apple Software.

ALSO READ:  Windows 11 Would Need a TPM Chip and Secure Boot Enabled in the BIOS

Typically, the company’s browser is covered in major system updates for the development of innovations and improvements in performance and security. With macOS Monterey, Safari will undergo a redesign in the tab management, which will take on the highlighted colors of the page you are on for a more polished look.

Furthermore, changes in the toolbar layout will also be observed, acquiring more compact features and better visibility, preventing a large amount of information from confusing the user.

A feature that, curiously, was not yet present in the previous operating system, will have its debut through macOS Monterey. Now, users will be able to mirror their screen and music to their computer through the new Airplay for Mac.

ALSO READ:  All You Need to Know About the Features of New macOS Ventura

According to Apple, users will be able to play, present, and share various types of media through the iPhone or iPad to Mac’s screen, making the high-fidelity sound system able to be used as a speaker.

Unveiled in conjunction with iOS 15, the new “Focus” tool will filter the content of notifications displayed to the user while the feature is enabled, so it doesn’t interrupt or detract from attention when using apps aimed at work or study. By default, Apple will include different focus-specific profiles, such as “work mode”, but custom filters can easily be added.

The first beta distribution for developers of macOS Monterey is available as of today. Public betas will arrive next month and the official release of the stable version is scheduled for the fall of the Northern Hemisphere ie mid-September.

Apple detailed on the presentation page of the new version of the operating system that the following platforms must be updated: