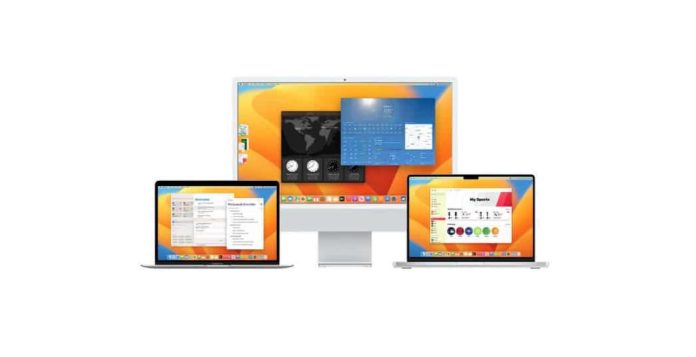 Apple officially presented the new macOS 13 Ventura, the successor to macOS 12 Monterey. The new version of Apple’s operating system stands out for coming with new tools that promise to improve multitasking and security improvements.

The announcement came during the 2022 edition of the Worldwide Developers Conference (WWDC) event and highlighted a new system organization tool, called Stage Manager, as well as updates to Spotlight and more.

Launched from the control center, Stage Manager automatically organizes open applications on the side of the screen while centralizing what the user is currently working on .

Users can also group windows when working on specific tasks or projects that require different applications. Stage Manager works in conjunction with other macOS windowing tools, including Mission Control and Spaces.

The Safari browser was also featured in the presentation. Apple said the browser received performance optimizations to make browsing faster and more energy-efficient on the Mac , as well as new privacy features.

On macOS Ventura, Safari introduces a new way for users to browse together, sharing tab groups and favorite sites, and seeing what pages other people are currently viewing.

Apple further stated that Safari is more secure, with new systems for passwords and credentials that store the data on the device. It never saves cerdentials on a web server, so hackers cannot leak them or trick users into sharing them.

ALSO READ:  iOS 16 Announced the WWDC22: Check Out the New Features and Improvements

iPhone as a Webcam

The continuity feature has also received improvements in macOS Ventura. In the new version, it will be possible, for example, to transfer FaceTime calls instantly from iPhone to Mac, allowing you to use your cell phone as a webcam .

Manufacturers such as Belkin will release MagSafe accessories to attach iPhone to Mac and make the experience even simpler. In addition, effects like Center Stage and Studio Light are also supported.

Mail received new functions, notably that it allows you to undo sending a message or scheduled sends. You can also set up reminders and follow-ups for previous messages.

The Cupertino company also said that the search is more improved, with recently searched terms and files and preview of results in real time, including correction of spelling errors and other functions.