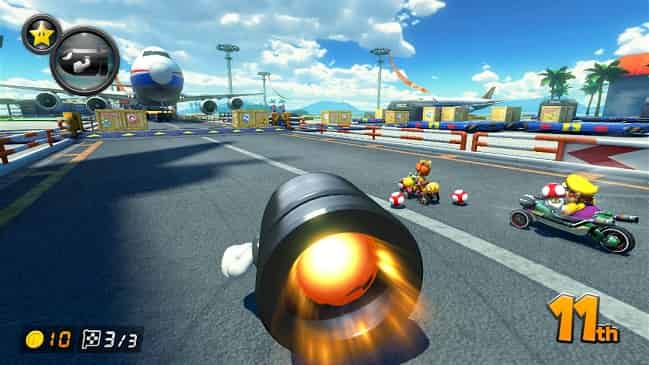 Nintendo released a new update for the acclaimed Mario Kart 8 Deluxe, which remains to this day as one of the best-selling games on the Nintendo Switch. The new update allows users to customize the items that will be spawned by the mystery boxes on the tracks, which can make racing even more fun and challenging.

With the arrival of the third wave of additional tracks in Mario Kart 8 Deluxe, the racing game now proves to be one of the most diverse in the entire franchise, bringing dozens of new tracks and remasters of previous games, being a real delight for fans.

In addition to the wide variety of tracks, vehicles, parachutes, and wheels, the game now also has the possibility to customize the items that are included in the mysterious boxes of each track and that grant special abilities to the players.

A new Custom Items feature is now available for all #MarioKart 8 Deluxe owners via a free update. Use it to choose which items appear in offline VS Races and certain online modes! pic.twitter.com/lfZLqaNDJE

Upgrading is free and adds a layer of fun to racing, especially when playing with friends, as you can choose just the giant missiles, or mix in with the triple-speed mushrooms, turtle shells, and so on.

In addition to the third wave of new tracks, the game should still receive another three waves of new tracks, which should give the game a good time to live until the next unreleased game is released.