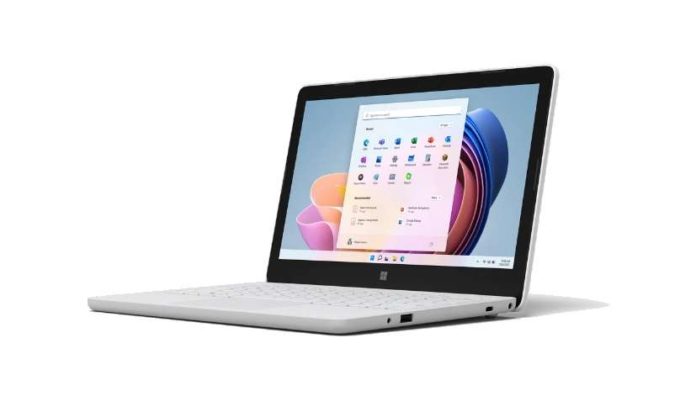 Microsoft already made Surface Go 3 official with more performance for general users in September. Now, today another product of the line is coming: the Microsoft Surface Laptop SE. A notebook that carries Windows 11 SE, an optimized version of the dedicated Microsoft system to students and teachers. Another device which comes with Windows 11 SE as OS is Dynabook E10-S.

“We have heard from educators that they need options that are simpler, secure and work on more affordable devices,” says Paige Johnson, vice president of Education Marketing, in a blog post. “This expanded portfolio complements our current Windows 11 devices for learning, providing even more choices for schools to have the tools, insights and controls they need to deliver optimal learning experiences, at a price that broadens access to Microsoft performance, security and reliability.”

Starting with the system, Windows 11 SE arrives as a direct competitor to Chrome OS. Among the main differentials of the system we have the opening of apps in full screen by default with the limitation of using two apps in split screen or several overlaid on windows.

Windows 11 SE also lacks the Microsoft Store. Widgets panel and all files are automatically saved to the cloud, but copies of the files are kept offline to ensure everything is close at hand in case the internet fails.

Speaking of Microsoft Surface Laptop SE specs we have an 11.6-inch HD screen, a webcam of the same resolution, dual-core Intel Celeron N4020 processor paired with 4GB of RAM and 64GB of eMMC storage.

There is also a version with Intel Celeron N4120, 8GB of RAM and 128GB of eMMC storage, so that students can run a little more elaborate projects. The device even has a USB Type-A, Type-C ports and weighs just over a 1 kg. The thickness is less than 2 centimeters.

An important point is the ease of repair, as Microsoft designed the notebook so that it can be easily repaired if any component such as the screen, battery, keyboard and motherboard need to be replaced.