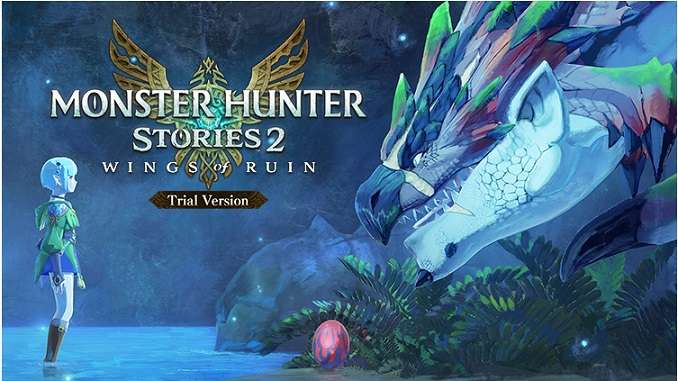 Capcom announces the distribution of a trial version of the RPG “Monster Hunter Stories 2: Wings of Ruin for Nintendo Switch worldwide. The full version is scheduled to be released on July 9, 2021, for Switch. As you can see in the official tweet below, it started today. Approximately 2.8GB of free space is required on the Switch or microSD card to download.

In the trial version, you can enjoy the beginning of the same story as the final version. You can create your own character with Rider Edit, enjoy the story, and experience battles, weapon/armor creation, and otomon collection. There are some points to note when playing repeatedly after clearing the trial version.

Start your journey as a Rider and transfer your progress to the full game when it launches July 9th!
🥚 https://t.co/IGouf6MO97 pic.twitter.com/jm2VkpIaIb

If you would like to continue playing the Trial Version in a pre-completed state, please play the game using the data in the autosave slot after selecting “Load Game.”