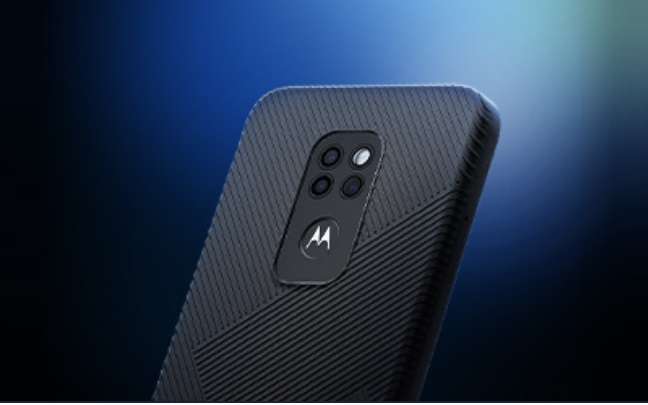 Motorola is ready to launch new smartphones on the market, and one among those will be Motorola Defy 2021. This week the brand has certified two models at the EEC, indicating that the models may arrive soon, although we don’t have many details about each of them.

The Motorola Defy appears in new information indicating that the mid-range could be announced in the coming months. The leak was made by Evan Blass, a user well-known for anticipating data on smartphones that will be revealed.

With a design very similar to other models from the manufacturer, the Motorola Defy 2021 brings some differentials. Featuring a raised back and grouping the four rear cameras in the center. On the front, there is a 6.5-inch screen with HD+ resolution (1600 x 720 pixels).

While several brands have opted to replace the drop-shaped notch, Motorola has kept that look on the handset, housing the 8 MP selfie camera at the top of the screen. Also on the display, it has Corning Gorilla Glass Victus protection, which guarantees greater protection against falls.

The hardware is standard for a mid-range phone using the Qualcomm Snapdragon 662 processor, Adreno 610 GPU, and 4 GB of RAM memory.