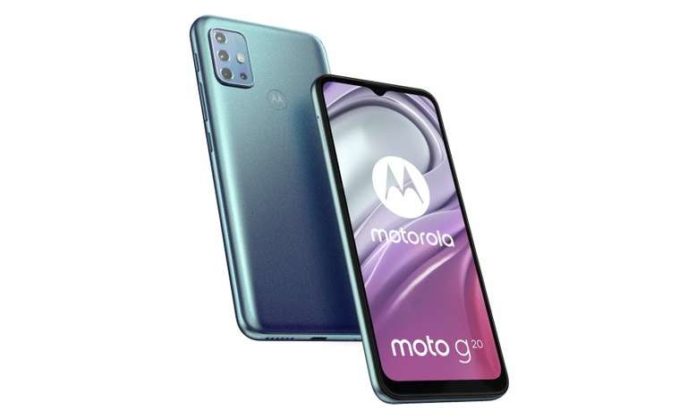 After launching the Moto G60 and G40 Fusion, Motorola decided to further expand its line of intermediary phones with the announcement of the Motorola Moto G20. Presented in Italy, the new smartphone promises to deliver good value for money for those on a tight budget. Featuring a design similar to other Moto G devices, the Moto G20 draws attention by its pink color. Its screen is a 6.5-inch IPS LCD with HD+ resolution and drop notch.

In addition, we also have a Unisoc T700 processor. The chipset works in conjunction with 4 GB of RAM and 64 GB of internal storage. The consumer will also be able to expand the memory thanks to the MicroSD card slot.

Sold in Sky Blue and Pink Flamingo, the Moto G20 reaches the European market at € 169.90. For now, there is still no date for the beginning of sales and launch outside Europe.