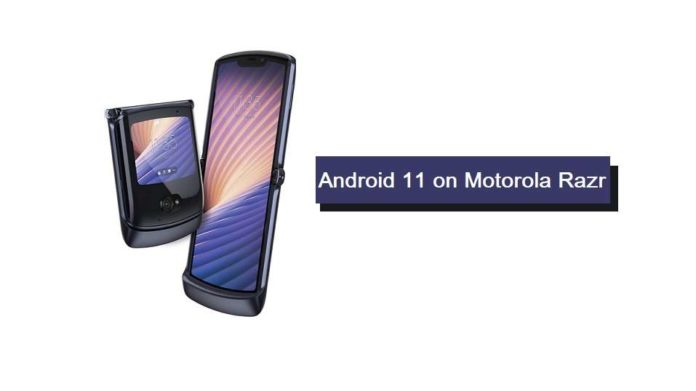 Folding smartphones are slowly becoming more and more common and among the companies that have already approached this specific sector, there is also Motorola. It launched its first folding model in 2019, namely Motorola Razr, with Android 9 out of the box. However, the phone is now getting the Android 11 update.

Motorola isn’t one of the fastest to release Android updates, and when Android 10 arrived in the spring of 2020, Motorola Razr owners were quite relieved.

Well, apparently the time has come for a new upgrade of the OS. From the United States, in fact, comes the news of the release of Android 11 on Motorola Razr.

According to what is learned from the Verizon website, the update brings the software to the RPV31.Q2-62-7-10 version and introduces the Android security patches for July 2021.

Among the new features reported by the developers are the improvements related to conversations (with chat bubbles), to the management of the various devices connected to the smartphone, and to privacy, in addition to the graphic changes related to various elements of the interface.

With the release of Android 11, the moment of Motorola’s abandonment of support for its first foldable smartphone is fast approaching and it will be interesting to find out how long the security updates will continue.

The update to Android 11 for Motorola Razr is being released in the United States but should soon arrive in other countries where the smartphone is sold. You can check its availability by going to the Settings menu, scrolling to the section dedicated to updates, and starting the manual check.