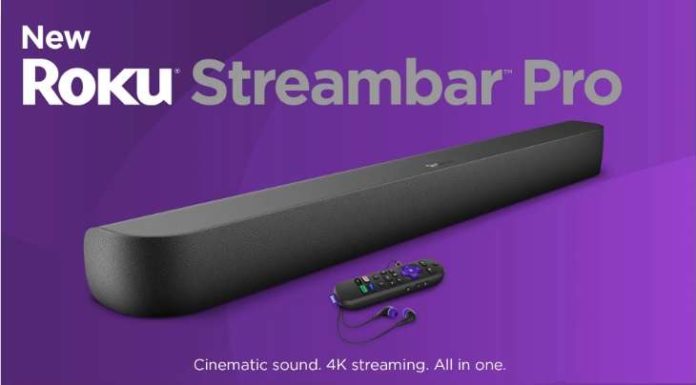 Let’s have a look at the features of new Roku streaming devices.

The difference from the previous generation of the control is minimal. Replacing the dedicated button for searching with one for voice control, allowing users to use commands to search for series and movies or open applications. In addition, the shortcut buttons now include a dedicated one for Apple’s streaming service, which has gained more and more notoriety with successful releases.

In addition, the model will feature headphones in the box, allowing users to watch movies and series without disturbing others, in addition to offering an interesting search mode for the remote control. To do this, just say “Hey Roku, find my control” (in English).

We also had the announcement of a new dongle to connect to your TV. Offering media playback in 4K resolution with HDR in HDR10 and HDR10+ standard (unfortunately, no Dolby Vision), support for dual-band Wi-Fi and ethernet connector via micro USB, new remote control included, HDMI cable in the box, and maintaining support for Alexa or Google Assistant, Apple AirPlay2 for streaming from your iPhone, iPad or Mac and support for the Apple HomeKit, allowing you to control your smart home.

And finally, we have the Roku Soundbar Pro which works more like a smart soundbar. Since it offers all the features expected from a traditional soundbar, but also presents the same features of Express 4K Plus when be connected to the TV.

The model already has support for the Virtual Surround feature with the Roku OS 10 operating system, promising a more immersive experience and powerful sound for streaming music, movies, and series.