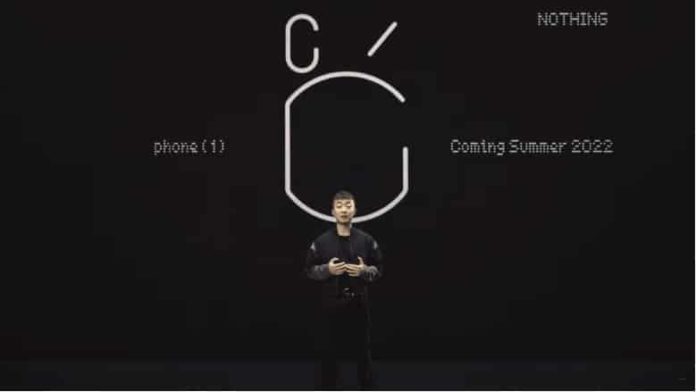 The Nothing event revealed some exciting news about the next steps for the company led by Carl Pei. The brand’s first smartphone, called Nothing Phone 1, will hit shelves in the second half of this year. The phone will be powered by a Qualcomm Snapdragon chipset and will run the Nothing OS custom interface presumably based on Android 12.

The brand claims that the Nothing Phone 1, already seen in the hands of CEO Carl Pei, will have an iconic design. It will only be the company’s second product available on the market, alongside the Nothing Ear 1 headphones.

However, we know that there are a lot more devices in development with the aim of composing a connected ecosystem.

Pei didn’t elaborate much more on Nothing Phone 1’s specs during the event, but clarified that Nothing OS will be “built on an open, seamless ecosystem that will effortlessly connect and integrate Nothing’s products and products from other world-leading brands.”

The software aims to offer all the best features of “pure Android” and provide a fast, smooth, and personal experience. Nothing also promised three years of OS updates and four years of security updates for the Phone 1.

The system will also have custom fonts, colors, graphics, and sounds, which will help differentiate it from the various Android-based interfaces available on the market. Soon it will be possible to experience a preview of Nothing OS through the official launcher of the brand, which will be available for download on some smartphones from April.

Nothing also announced that it will make another round of community investment on April 5th, and on that occasion, it intends to beat the record set in the last survey, when it raised US$ 1.5 million in 54 seconds.