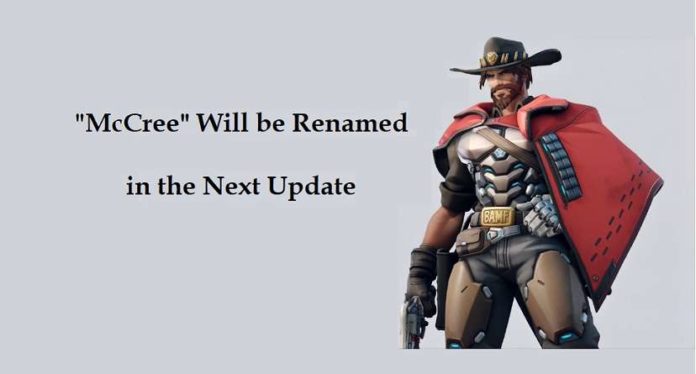 Blizzard Entertainment has announced that it will rename “McCree,” one of the heroes of the team-based action game Overwatch. According to the statement posted on the official Twitter account, the name of the character will be changed in the September update.

Check out below the official statement:

A message from the Overwatch team. pic.twitter.com/2W3AV7Pv6X

The California Department of California’s government agency of Fair Employment and Housing has filed Activision Blizzard in the Los Angeles County Superior Court. Poor working conditions and labor discrimination, including sexual harassment, are cited as the main causes of action.

The name of McCree, the character of “Overwatch”, comes from the name of veteran developer Jesse McCree, who was the lead designer of “Diablo IV” through “World of Warcraft” and so on. However, according to an article published by game media Kotaku, McCree was one of the so-called “Cosby crews” surrounding Alex Afrasiabi, who was named in the complaint as a central figure in harassment.

Fans who knew this were calling for a change in McCree’s name, and some game commentators called McCree a “carboy.” Overwatch, which many of the main members of World of Warcraft were involved in, was “diversity” and “inclusion” (inclusiveness, not exclusive, anyone can participate) from the beginning of development.

The reaction is great only for the works that appealed the attitude to tackle such problems. It seems that some employees commented that the working environment of the development team was not bad, but it seems that they decided to change the name this time in order to recover from such damage.

As of June 2020, when government investigations had already begun, Afrasiabi had left the company, and like McCree, one of the Cosby crews, Jonathan, a level designer for the World of Warcraft.

In addition, Blizzard Entertainment is being reformed, with the company’s CEO J. Allen Brack, who had just taken office in October 2018, leaving the company taking responsibility. It seems that the company wants to avoid leaving fans in front of new works such as ” Overwatch 2″ and “Diablo IV”. Careful steering will be required in the future.