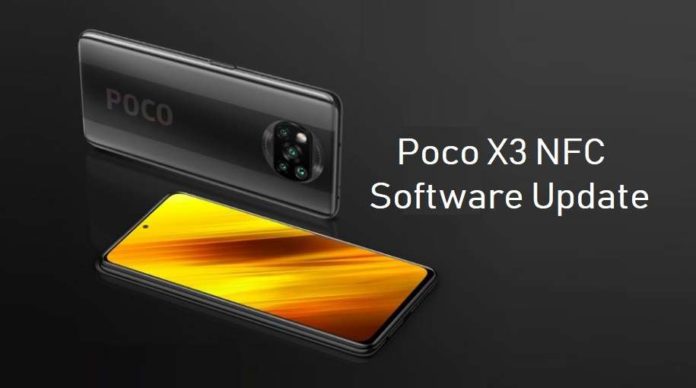 Xiaomi was already releasing the new MIUI 12 interface based on Android 11 in its stable version for the Poco F2 Pro and Poco X2. Now the Poco X3 NFC getting the MIUI 12 update with Android 11. The update comes with version number V12.0.6.0.RJGEUXM and currently rolling out in the European variant.

It is already clear in the version code itself, which has “EU “(from European Union) between the letters. We’ve already seen the main interface improvements in MIUI 12 with Android 10. The highlight of the new update is the arrival of Android 11, which offers an even more stable and fluid system, a dedicated section for conversations on notifications, and more.

As the XDA website notes, this is still considered a stable beta version of Android 11 for the Poco X3 NFC. So users of the Mi Pilot program will be the first to receive the update to begin testing and, within a few weeks, finally Poco allows release to the global audience.