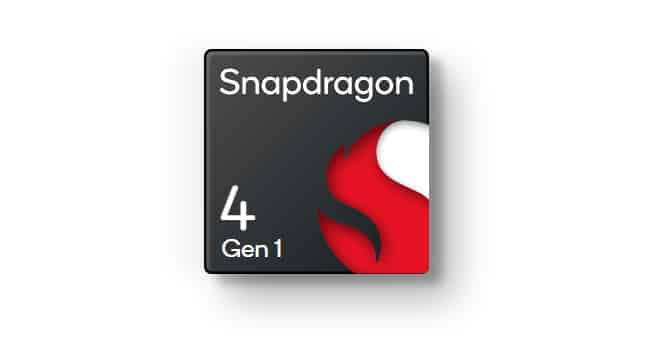 Starting with the Snapdragon 6 Gen 1, this is a chip made with 4nm technology with 8 cores at 2.2GHz and that should have a 40% more powerful CPU and 35% more efficient GPU, although Qualcomm has not revealed details such as the GPU used and the architecture of the cores of this processor.

In the camera department, the Snapdragon 6 Gen 1 has the 12-bit Spectra Triple ISP with native HDR image and video capture on cameras up to 200 megapixels.

There is also the 7th generation Qualcomm IA Engine that brings advanced features for footage such as the use of real-time blur effect for videos with performance optimization and reduced power consumption.

Speaking now of the Snapdragon 4 Gen 1 we have a processor made with 6nm lithography with 8 cores that reach up to 2.0GHz. Unfortunately, the manufacturer did not reveal which GPU and architecture, but states that the CPU should be 15% faster and the GPU 10% more powerful than that found in the previous generation consisting of the Snapdragon 480 and 480 Plus.

The Snapdragon 4 Gen 1 still integrates Qualcomm’s AI Engine, although it hasn’t been implemented in its latest version. Even so, the chip still supports Full HD+ 120 Hz displays, up to 108-megapixel cameras with Spectra Triple ISP that brings advanced multi-frame noise reduction and 5G compatibility with the Snapdragon X51 5G modem.

The world’s first phone with the Snapdragon 4 Gen 1 will be the iQOO Z6 Lite, which has already leaked with the chip in a benchmark and will be announced on September 14 in India.