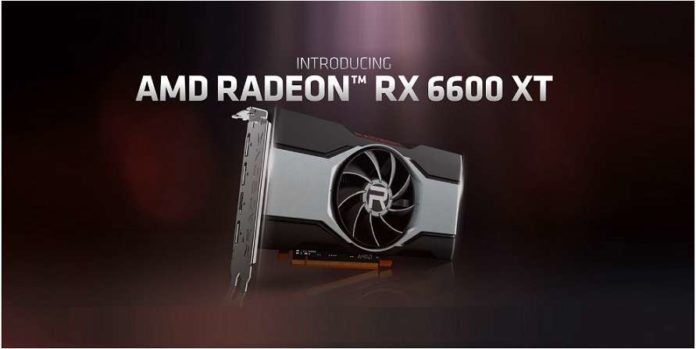 AMD announced the new GPU “Radeon RX 6600 XT” for desktop PCs for the mid-class market. It is a GPU with RDNA 2 architecture called the development code name “Navi 23 XT”, and the onboard graphics card is scheduled to be released on August 11.

However, the capacity of the large-capacity cache system “Infinity Cache”, which is a feature of the Navi 2X generation, is 96MB for the Radeon RX 6700 XT, while it is 32MB for the RX 6600 XT, which is only one-third the scale.

ALSO READ:  What is NVIDIA DLSS And Why Is It Important?

The standard “Game Clock” of the operating clock in gameplay is 2359MHz, GDDR6 memory is adopted as the graphics memory, and the capacity is 8GB. The power consumption of the entire graphics card is up to 160W, and the PCI Express extended power connector requires only 8 pins x 1.

In addition, compared to the previous generation Radeon “Radeon RX 5600 XT“, the Radeon RX 6600 XT is said to exhibit 1.4 to 1.7 times the performance.