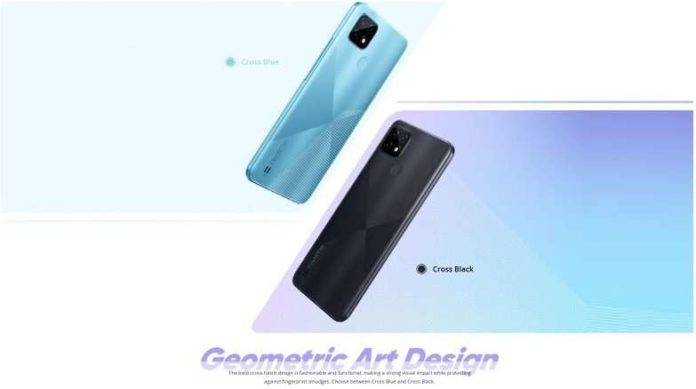 Realme is gearing up its phone launches in 2021. It’s going to launch Realme C21 on March 5. The image and specifications of the handset are revealed by the manufacturer in Malaysia before the official announcement. Featuring a simple design and plastic body, the device looks similar to the C20.

The display is a 6.5-inch IPS LCD panel with HD+ resolution, and there is also a waterdrop notch to house the 5MP front camera. The processor is the MediaTek Helio G35, which works in conjunction with 4 GB of RAM and 64 GB of internal storage. If necessary, it is also possible to use a MicroSD card to expand the memory.

When it comes to cameras, the rear module has three sensors. The main has 13MP and is accompanied by 2MP lenses for macro and monochrome photos. In addition, there is an LED flash within the same set.

Finally, to power the Realme C21 we have a 5,000 mAh battery with support for charging 10W. The user can also use the reverse function to supply power to other devices, with the device running Android 11 with Realme’s proprietary interface.

Check out the technical specifications of the handset.

Right now, there is no information on when the phone will arrive outside Malaysia. Let’s wait for the Realme C21 launch on March 5.