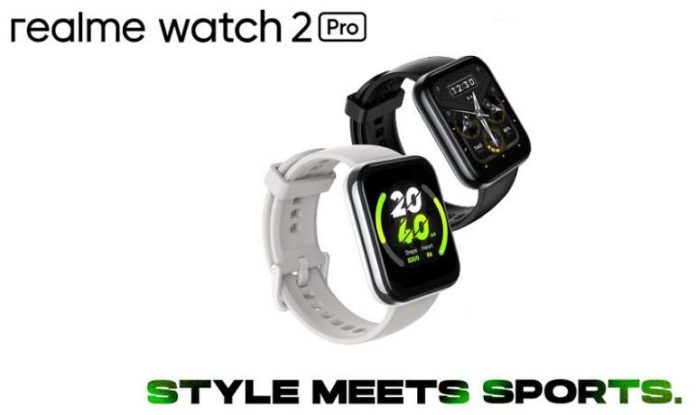 After presenting the Realme Watch 2 at the end of April, now the Chinese tech company Realme announces a new version of its accessory, Realme Watch 2 Pro. It comes with a bigger battery, built-in GPS, animated displays, and more.

The model maintains the characteristic design of the Watch 2. But now with a 56% bigger screen according to the company, 30 Hz refresh rate, maximum brightness of 600 nits, and 320 x 385-pixel resolution, offering a 1.75-inch panel.

The Pro version maintains support for more than 100 watch faces, including some animated options. Such as the Realme mascot, seen from above the beach with the water moving and the planet Earth rotating. There are also options for Master Edition dials.

Offering a slightly higher battery than Watch 2, the new Realme Watch 2 Pro now goes from 12 days to 14 days away from the plug, with users being able to spend up to two whole weeks without having to recharge the accessory thanks to the new 390 mAh battery and is recharged via induction.

The model also has an integrated GPS for measuring exercise and physical activities outdoors, as well as heart rate monitoring, blood oxygen measurement, sleep record, sedentary reminder and even to drink water, in addition to breathing meditation and 16 sport modes, with 90 modes coming in a future update.

Right now, the Realme Watch 2 Pro is launched in Malaysia and will be available in Space Gray and Metallic Silver with bracelets that match the body of the device. It’ll go on sale at a price tag of 299 Malaysian Ringgit.