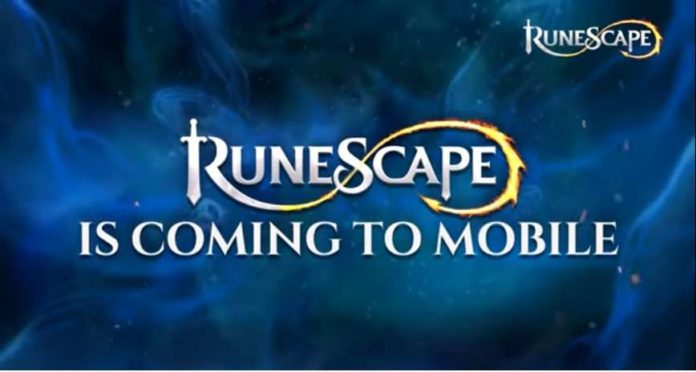 MMORPG lovers will be happy to know that the traditional RuneScape will be brought to mobile devices and its debut is very close. The developer has announced that RuneScape on Android and iOS coming this summer.

Came in 2001, the game has a solid fan base and has served as inspiration for several other games in the genre. Rumors about a mobile launch of RuneScape have been around since 2017, but it is only now that this will finally happen. Check out the teaser below:

In 2018, Jagex released the mobile version of Old School RuneScape, an alternative version of the original game. Fans who were excited about it will now be able to relive the glory of the full game.

Pre-registration for RuneScape has started and the launch is expected to take place on June 17th.

The more people who sign up for RuneScape, the more rewards will be unlocked for everyone! The giveaways include an exclusive haircut, pet, teleport animation, sword, and armor, plus an EXP increase of 50% for seven days! Tell your friends and sign up today!

It’s your choice. Do you prefer to explore the world and embark on a risky invasion with your friends or conquer fame and fortune as a lone wolf? It doesn’t matter if you are facing challenging missions, taking care of your farm calmly, risking everything against high-level bosses, or spending a quiet night at the circus, RuneScape is the perfect second-screen AFK game. Play however you want – the choice is yours! Warrior or wizard, farmer or cook – what kind of hero do you want to be?

ALSO READ:  How to Access iCloud on Android Phone - 3 Ways