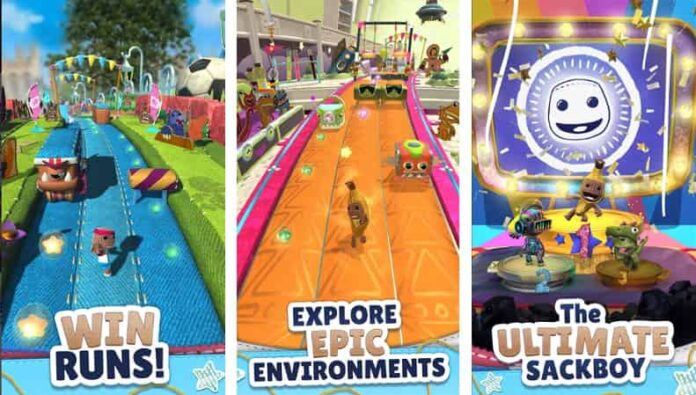 Sony is investing heavily in releases on PC and mobile devices and now its another title coming to Android and iOS. Ultimate Sackboy launches globally for Android and iOS on February 21st. The game will be developed and published by UK/Malta studio Exient under a license from Sony. Pre-registration on the Google Play Store is now available.

Ultimate Sackboy is a 3D racing game, featuring a similar look to titles like Temple Run and Sonic Dash. In it, Sackboy has to face the Ultimate Games, which is the most prestigious obstacle course tournament in Craftworld.

According to the game’s description, players will “battle familiar foes, go through wacky obstacles, jump, jump, jump and dash [their] way to the top of the Ultimate Games”. Players will be able to take on rivals in head-to-head competition, including ‘Daily Duels’, to win gold and other prizes.

There will also be “thousands of clothing combinations to unlock and upgrade” with a “growing catalog of clothing options being added all the time”. Pre-registrations for the game are now live on the Play Store and App Store and will be available for free to play when it launches. Check out the trailer below.