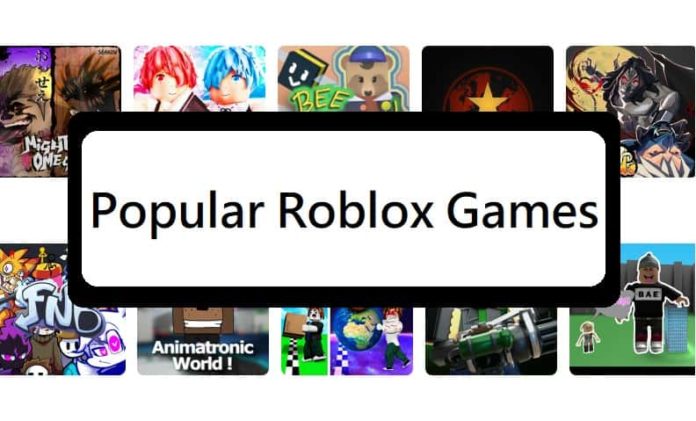 Roblox is the world’s largest social platform that allows anyone to create, play, and monetize their own games using easy-to-learn tools. That’s why here we are listing some popular Roblox games. It’s an incredible place where anyone can be entertained, engage with friends, or turn their imaginations into reality. But with over 10 million titles available and growing daily, it can be hard to find out which games are worth checking out.

That’s why we went ahead and did the work for you! Here are the top 6 most popular games on Roblox as of February 2022.

1) Work at a Pizza Place

This is by far one of my favorite games to play when I am on Roblox. This game is highly addictive and I have lost many hours of sleep while playing it. Sometimes I feel as if I’m addicted to playing it even though it would appear that you are working as a pizza delivery man or woman. You deliver pizza, make pizzas, take orders, etc… It’s great fun!

This game is one of my favorites. You get to explore an abandoned research facility from your own home! That’s right, it’s virtual reality at its finest, with plenty of places to go, things to see and mutants to kill. You have to run from the beast, unlock the exits, and flee the facilityWith over 5 million players worldwide and with new content being added daily, Flee The Facility is here to stay for a long time.

The Natural Disaster Survival game has a realistic plot that is based on an impending volcanic eruption. At first, players are only given a few structures to work with, and they must be maintained by trading materials in order to keep them strong.

However, as time goes on and players achieve higher-ranking levels, they will have more structures and larger plots of land to build upon. The developers have also added survival elements such as hunger to increase both excitement and interest.

Theme Park Tycoon 2 is among our top picks for popular Roblox games. This game has everything you can imagine having to do with a theme park tycoon game, rides, food court, souvenirs, etc. The creator of Theme Park Tycoon 2 spent hundreds of hours making sure every detail was absolutely perfect when creating his tycoon game.

There is no other tycoon game out there like Theme Park Tycoon 2 and that’s what makes it unique from others.

Apocalypse Rising is a survival game where players are thrown into a desolate, post-apocalyptic world overrun by zombies. Players must battle their way through hordes of flesh-eaters to collect supplies and gear up for the next wave of undead attackers. Players can either survive solo or team up with friends to outlast an endless zombie onslaught.

The Paintball game of all time is back and better than ever. Try to avoid getting hit by your opponents while collecting ammunition and power-ups. You can challenge your friends or team up with other players in Co-Op mode. Make sure you strategize with your teammates to use their special abilities to their full potential. If you are looking for fun, action, strategy, and competitive gaming, Mad Paintball is for you!