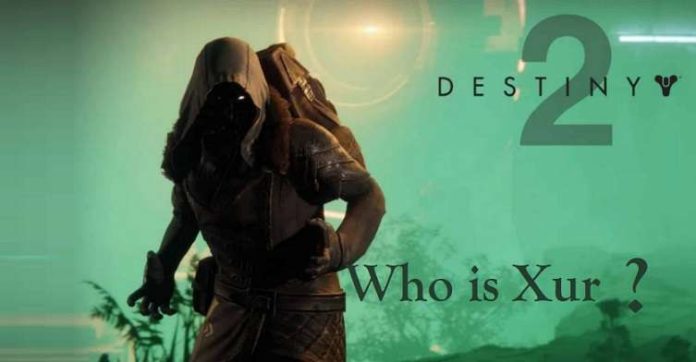 Destiny 2 may have been released some years ago, but it shows no signs of slowing down, providing an MMORPG with all the thrills of a first-person shooter. In fact, with the release of the Beyond Light expansion, it’s more popular than ever, and Season of the Splicer has done well as well. It’s time to check in with Xur, the exotic gear trader and Agent of the Nine, for the time being.

Xur is a weekend vendor that offers unusual weapons and equipment if you’re new to the game. He emerges in a random place at 5 p.m. GMT (6 p.m. BST). He sells rare stuff in return for legendary shards, which you can obtain by deconstructing legendary gear or performing activities.

We say random locations, but he’ll always be at the same places you’ve seen him before: “Winding Cove” in the EDZ, “Watcher’s Grave” on Nessus, or the Tower’s Hangar. He used to appear on Io and Titan. Still, now that all three of those destinations have been placed in the “Destiny Content Vault,” we’re waiting to see if he’ll show up in the recently redesigned Cosmodrome or the new location Europa.

Remember, he’ll be gone after the game’s weekly reset on Tuesday at 6 p.m. BST, and you’ll have to wait until Friday to see him again.

We won’t know what he has in store for gamers until he shows up, but we know he’ll have a wide range of stuff. Xur’s inventory always contains one exotic weapon, three exotic armor pieces (one for each class), and an isochronal engram that assures a strange random drop from Year One or Year Two and it’s always something the player doesn’t have, making it excellent for complete collections.

ALSO READ:  Overwatch Character "McCree" Will be Renamed in The Next Patch

He’ll also provide a bounty in Beyond Light that rewards players with an Exotic Cipher, which can be used to win exotic weapons from the Tower’s new kiosk. Once we know where the tentacle-faced hoodlum is and what he’s offering Guardians, we’ll update this piece.

How to Find Xur Location This Week?

There is an app called ”Where is Xur? for Destiny 2” for both Android and iOS which you can use to track Xur’s location every week.

The app comes with a very simple-to-use interface that not only helps you find Xur’s location but also lets you see what exotic items and gears Xur has to offer this week.

ALSO READ:  What is the Channeling Enchantment in Minecraft?