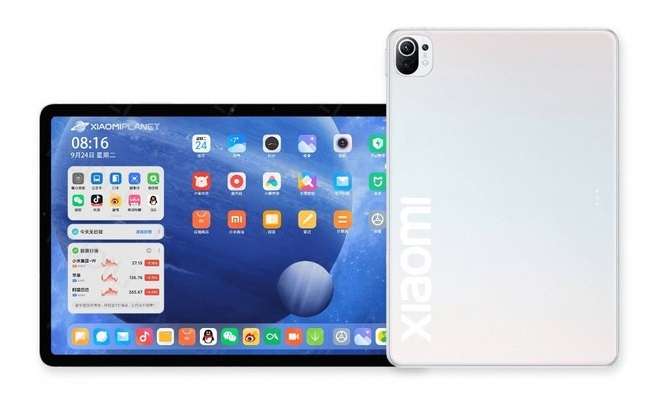 Speculation about Xiaomi’s return to the tablet market is gaining momentum ahead of any official company announcement. The Xiaomi Mi Pad 5 can reach the public with three variants of Snapdragon processors. Now the latest rumors point out, a camera module with a design similar to the Xiaomi Mi 11.

In the image above, you can see Xiaomi can adopt a new user interface for the future generation of tablets called MIUI for Pad, which should support full-screen gesture navigation. The 16:10 11-inch LCD display is expected to have refresh rates of 120 Hz and 240 Hz.

The interface should bring, in addition, aspects already seen in the Mi Mix Fold, a foldable smartphone that allowed the user to work with two virtual screens simultaneously. Support for multitasking operations with parallel windows and portable PC mode can also be integrated.

Last month, a leak surfacing online revealed that the Xiaomi Mi Pad 5 will arrive with a model number sm8150ac. It’ll feature a new version of Snapdragon 860 SoC. In addition, the insider suggests that the device will feature a TDDI panel from Novatek, with a resolution of 2560 x 1600 pixels, with a 120 Hz screen refresh rate and 240 Hz touchscreen response.

Outside the tablet market in recent years, having the Mi Pad 4 as its last release in 2018. Xiaomi has not provided official information regarding the device, and we proceed without availability forecasts.