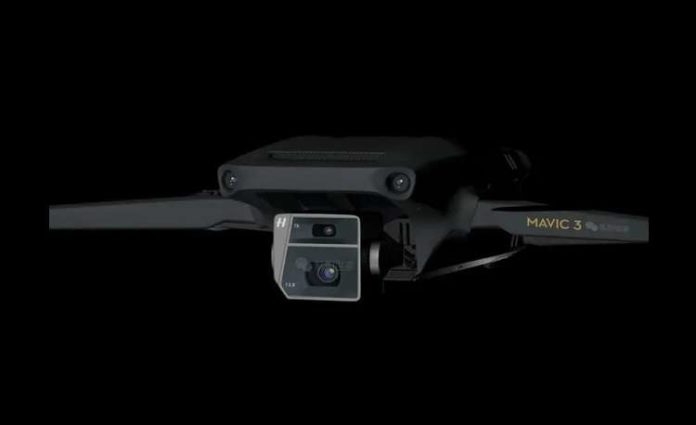 DJI is a well-known name in the drone market, now the images of its upcoming drone the DJI Mavic 3 are leaked. The drone is expected to be released in the coming months and had its first information released recently. This information indicates that the drone may be the manufacturer’s bet to compete with competitors such as Autel EVO II 8K and Skydio 2, for example.

The photos reveal the possible design of the DJI Mavic 3, indicating that the drone may have a foldable construction and aerodynamic design similar to the previous generation. In the images, we can see that the equipment has a camera module that is located on the front of the pan-tilt type that includes two Hasselblad lenses.

At the top is the inscription ‘7X’ which possibly indicates that the drone will bring a telephoto lens with 7 times zoom, plus the main sensor with 5.7K resolution and f/2.8 ultrawide aperture. Some rumors indicate that this version will be equipped with a 6,000 mAh battery capacity and 1 TB of storage for recording videos or photos.

What to expect in DJI Mavic 3?