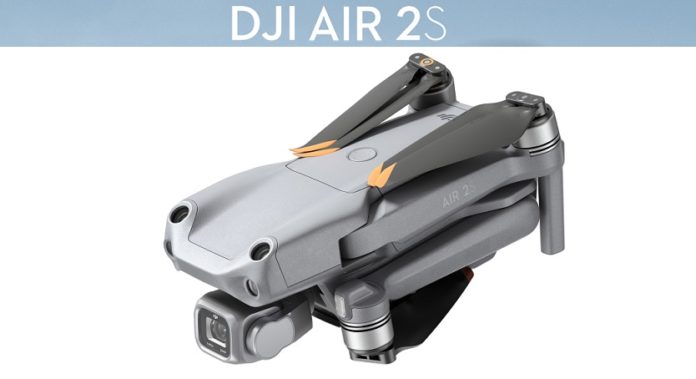 DJI unveiled its new portable drone called DJI Air 2S, which features a larger camera sensor, for better quality photos and videos. The new drone also has post-flight software, which promises to speed up the work of editing videos, where the drone plans its flight path and automatically switches between image capture modes.

Featuring a 1-inch sensor, capable of producing static 20-megapixel images or videos with 5.4K quality, the DJI Air S2 is a true wonder of home drones, mainly due to the MasterShots software, which offers a series of features so that the drone produces videos edited by itself, with takes that alternate between Proximity, Portrait, and Landscape recording modes.

The application allows you to choose one of the several themes it offers, to deliver you a video edited according to your choice. Other tools include FocusTrack, where you can detach an object and let the Air 2S fly autonomously around it, keeping it framed or flying freely while keeping the object centered. Another interesting tool is the QuickShots and Hyperlapse standards.

For still images, the new SmartPhoto mode uses automatic scene analysis to switch between HDR, Hyperlight, and Scene Recognition modes, based on what will produce the best result. The 8GB internal memory is also included for images and videos.

As for the flight, the battery offers an autonomy of up to 31 minutes of flight. The DJI Air 2S has 4 antennas with transmission by the OcuSync system, O3 for up to a distance of 12 kilometers, and greater resistance in environments with radiodensity. The drone has four other sensors, front, rear, top, bottom, and obstacles, promising to spot obstacles more easily.

The DJI Air 2S is now available for purchase for USD 999, which includes the drone, remote control, a battery, and the connection cables. There is also a $ 1,299 version, which includes two additional batteries and a charging station, ND filters, and a bag to charge everything.