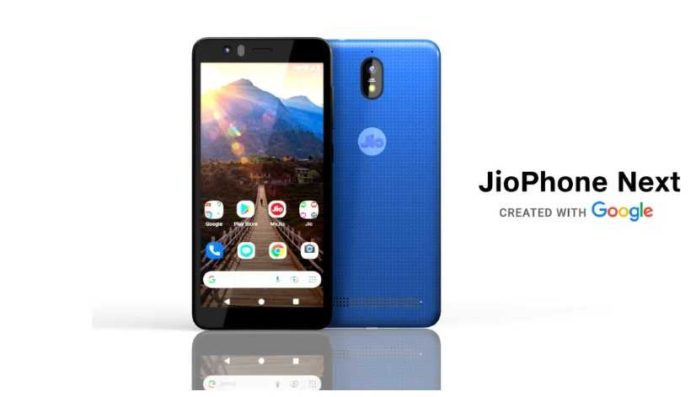 Developed by Reliance Jio in partnership with Google, the JioPhone Next is the company’s bet to conquer the segment of users who intend to enter the technological world but don’t want to pay too high a price for a basic smartphone.

Jio released a video named ‘Making of JioPhone Next’ in which it highlights some positive points of the device and confirms the leak that the model could be launched with the Pragati OS operating system. Check out the video below:

As for the design, the JioPhone Next follows the proposal of being a simple cell phone and offers the old look. It has a 5.5-inch screen on the front, HD+ resolution (720 × 1440 pixels), and large borders.

On the back, we find only the 13 MP main camera and the LED flash arranged vertically in the center of the device, as well as a microphone for noise reduction at the top and the manufacturer’s logo below.

Finally, rumors indicate that the JioPhone Next will be equipped with the Snapdragon 215 processor and 2GB of RAM memory, hardware that certainly doesn’t support most applications. But that should be enough for those looking for a device just for messengers or social networks — it is necessary to use the Lite version of apps like Facebook or Messenger, for example.