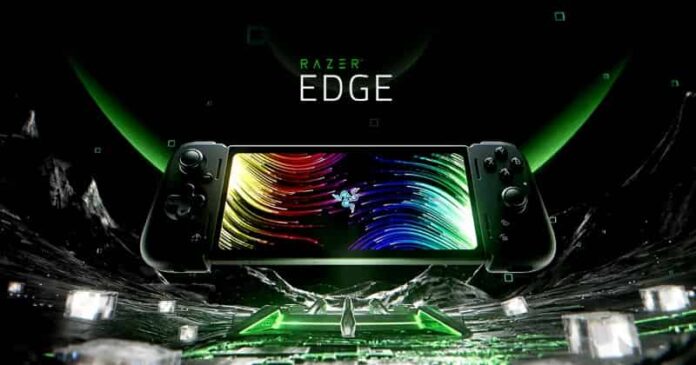 Razer has officially announced its handheld Android gaming console, the Razer Edge. Much had already been speculated about the product, but the brand has brought new details to spur the consumer public.

The device features a 6.9-inch AMOLED touchscreen with FHD+ resolution and a 144hZ refresh rate. To improve performance, it comes with the new Snapdragon G3x Gen 1, an active cooling gaming chipset with 3GHz Kryo CPU and 8GB RAM, and the Kishi V2 Pro, a game quality controller for Android and Xbox compatible games.

Other specs include a 5MP front camera, two-way speakers, and a microphone, as well as support for 5G connectivity, Bluetooth 5.2, WiFi 6E, USB-C, and 3.5mm audio (via the controller). A 5,000mAh battery powers the entire setup.

The console is currently only being sold in North America, with options for $399 and $499. Previously, Razer released the Razer Edge Gaming Tablet, which featured a unique controller and ran on Android as well.