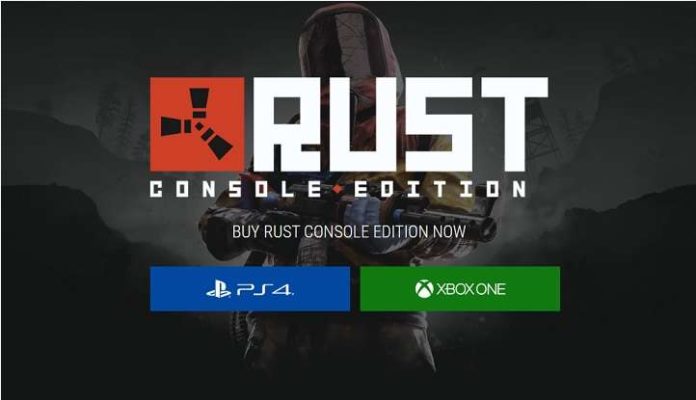 After it was announced that a console-only version would arrive soon, Rust Console Edition is finally available for PlayStation and Xbox! The game, which came years ago for the PC and is considered one of the most influential games in the survival genre, arrives on consoles with redesigned commands and experience for the new platform.

Famous for its gameplay and all the open-world experience it can offer, the game gives the player a gigantic map with multiple environments where the main objective is to survive and evolve. Players will be able to enter a competitive mode of survival with over 100 other players, living in a post-apocalyptic world full of deadly experiences.

On the latest generation consoles, the title can be played through the backward compatibility mode.

Rust Console Edition is now available in Microsoft and Sony digital stores in three versions: Standard, Deluxe, and Ultimate. Check out what the three versions include:

You can check out the pricing of the Rust Console Edition on PlayStation and Xbox from the official websites below: