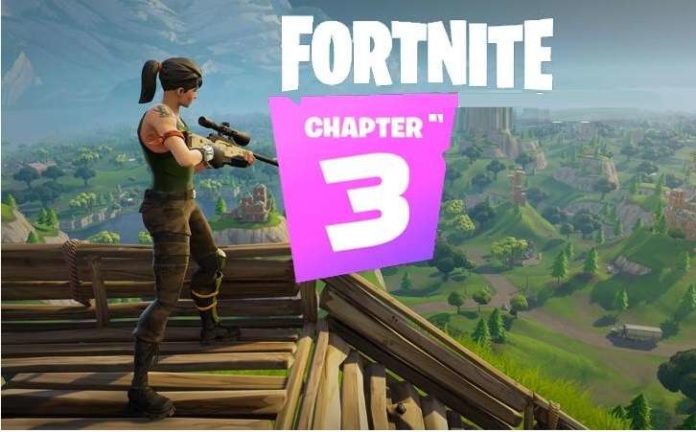 The End of Chapter 2 of Fortnite is getting closer and big changes are expected by players. While many believe that Chapter 3 may bring a new map to the game. Now a supposed Fortnite Chapter 3 teaser posted on TikTok may have confirmed this doubt. According to a prolific Fortnite leaker, freddythefox_YT spotted the Fortnite ad on TikTok and shared it on Twitter.

In the video, we see excerpts from the beginning of Chapter 2, which resulted in the current game map, when something happens to throw Agent Jones into the water, who watches from afar the island being turned upside down and the sky full of spaceships. The turn of the map ends up generating a big Tsunami, which should be the starting point of the new Chapter.

We still don’t know where the material came from, but it certainly looks pretty true, indicating that the new map of Fortnite has been around this entire time and was underwater.

Whatever happens, it won’t be long before we find out if the leak is correct. Looking forward to the new Fortnite chapter?