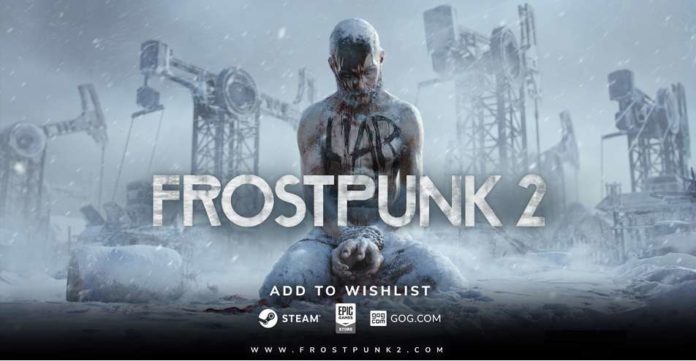 11 Bit Studios has just released a trailer in which it announced Frostpunk 2 for PC, the sequel to the game originally released in 2018. Watch the video below!

This event, however, brings few details about the game itself, besides that it will come to the PC on several platforms. There is no information about a possible launch window. The first game in the series had console versions, which can be repeated here.

The trailer shows that the game environment will continue to be the frozen Frostland, at the mercy of the polar cold, but with some modifications regarding technologies that may be central in this second game, as with oil exploration. The premise must remain the same, in which players must create and manage cities in the midst of adverse situations.

“What we aim to deliver to players is an experience that goes vastly beyond that of the original Frostpunk. With a still-growing team of nearly 70 people, we have more manpower available to focus on all aspects of the game from the scale, the production value, and the quality of UX, but our ambition is to do more than a straight-up sequel. What players should expect is a wide universe of choices, the freedom to shape the society and the city however they see fit – and reap the consequences. Frostpunk 2 builds on the conflicts of its predecessor – survival vs human values, life vs the arctic frost. But most importantly, it adds a new layer that is present in many aspects of the game – be it politics, society or technological progress – the conflict between humans and their nature”.

If you haven’t tried the first game yet, enjoy this weekend, when it’s free on Steam.