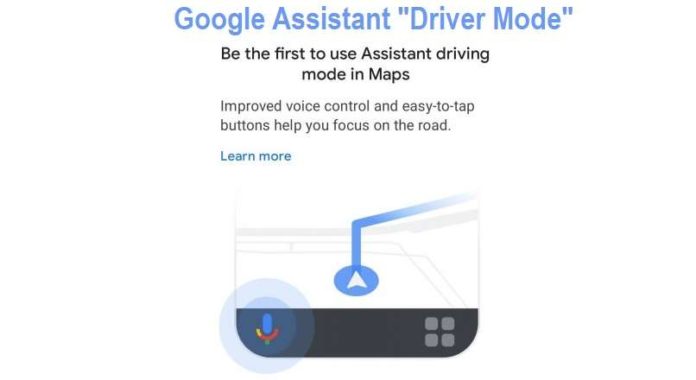 The Google Assistant driving mode is an additional feature that aims to make driving safer and more dynamic in cars running Android Automotive OS. Even with its constant updates, the Android automobile platform had its integration with Google Assistant limited to the North American territory and, obviously, only in English.

This was just a characteristic of the slow pace of integration of both tools, which was presented in 2019 at the Google I/O conference with Android 10 and finally released to the public last year, but with the express restriction saying that the functionality was “only available in English in the United States” on the support page.

Given that the service was finally made available in the United Kingdom this year, the Google support page now states that “some features may not be available in all countries or languages”, a certain flexibility that affects the chance of expanding the feature to other countries soon.

Google Assistant’s “driver mode” has come to replace the Android Auto interface on smartphones. Adding a unified experience of the company’s personal assistant with Android Automotive OS. Among its most useful functions are reading messages and notifications aloud while Google Maps is running, which will dispense with the need to take the focus away from the direction to look at the cell phone screen, as well as the possibility of sending messages, making calls and control music with voice commands.

The hardware requirements are relatively modest – the user needs an Android 9.0 or higher smartphone with 4 GB of RAM or more. If the user’s smartphone does not meet any of the requirements, simply install the “Android Auto” application on the smartphone to have access to similar functionality.