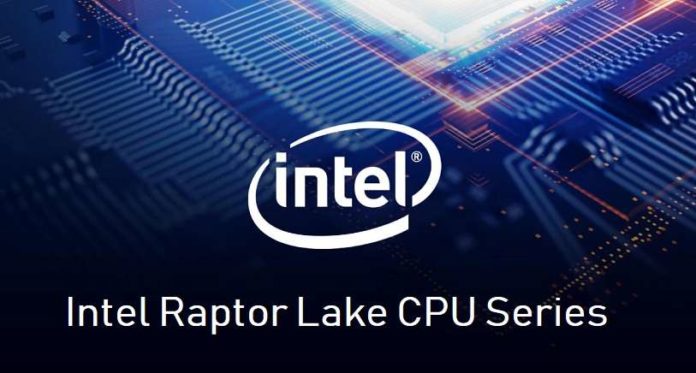 Intel may even launch a second line of 10nm processors after Alder Lake, known as Intel Raptor Lake, before moving on to the 7nm model development process. The rumor comes from Videocardz, which leaked a roadmap plan that shows Intel’s Mobile and Desktop CPU families between 2020 and 2022.

The Intel Raptor Lake series was expected to be launched after Alder Lake as the latest 10nm SuperFin offering before the manufacturer moved to models smaller than 10nm. The leak not only confirms the information but also reveals more about the technical specifications of the line.

Intel Raptor Lake will replace Alder Lake, but it is not as different as when comparing Rocket Lake to Alder Lake.

The Alder Lake 12th Generation will be the first processor to use a hybrid core, as it is based on the 10nm Enhanced SuperFin process. It will also have support for DDR5 and PCIe 5.0. Raptor Lake will basically load these changes, with slight improvements.

In the desktop version, it is said that Intel Raptor Lake will receive the new hybrid core changes to improve core performance. We know that Alder Lake supports up to 16 cores and 24 threads, this includes eight cores based on the Golden Cove architecture and 8 cores based on the Gracemont architecture. Raptor Lake is expected to reuse these cores, but with some changes to the clock cache.

There is also a mention of the gaming processor cache, which may be Intel’s answer to AMD’s game cache.

It is not yet known whether it will be a built-in DRAM cache function or a design inspired by the L2/L3, but we can certainly expect a good competitor for Ryzen processors.

Although Raptor Lake CPUs for desktop use DDR5-4800 and have 48 PCIe 5th Generation, mobile variations will have support for LPDDR5X memory and will also have the new DLVR power delivery system.

For now, we should take this information with a pinch of salt, but with so many revelations, it is very likely that the new processor will indeed be launched.