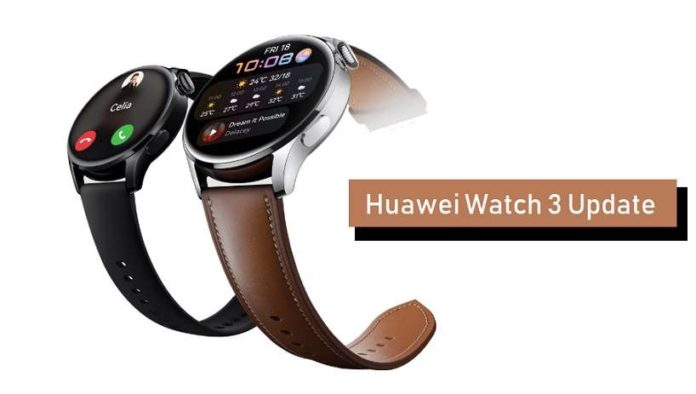 The Huawei Watch 3 which was announced in June this year is now getting the new operating system update. The firmware version is HarmonyOS 2.0.0.188 and is 239MB in size. It’s worth noting that right now the update is rolling out for the Chinese versions of the watch but it’s probably going to be released to the international model soon enough.

The Huawei Watch 3 is the first wearable from the company to come with the HarmonyOS 2 pre-installed. In general, there are three highlights brought by the HarmonyOS system, namely Internet of Everything, App Expansion, and eSIM support.

HarmonyOS is Huawei’s in-house operating system meant for mobile and other devices.

2. When the screen is off, you can rise the wrist to display the main dial or off the screen;

4. A free 5-minute trial of the paid watch face;

5. The charging dial interface is opened by default during charging to reduce mistouch operation and improve the charging experience (Press the crown to close);

6. More formats of mobile phone local music are supported importing into the watch.