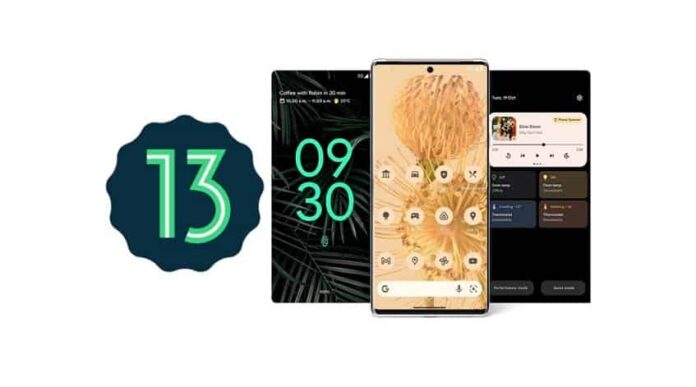 After several Beta versions, it’s finally here. The stable version of Android 13 is officially released by Google. The new version brings many new features in connectivity, security, personalization, and privacy. Initially, Android now supports HDR videos in third-party apps, offering higher quality in apps like Snapchat and Instagram, but there’s so much more to explore!

Starting with the home screen, Android 13 now has even more customization for app icons. Now Material You can customize the color of more icons in addition to the system apps, making them match your favorite wallpaper.

The home screen of tablets and other large-screen devices is also getting improvements in Android 13, with a new pinned taskbar that lets you drag apps side by side or in other tile formats for use in multitasking. (Tap the video above to see an example).

Another interesting new feature in the Android 13 interface is the new playback control, which now has a new design that shows the album cover in the background with matching colors. At the top, we have a button to change the sound output, and just below the play/pause button.
There’s even a new playback progress bar, which is animated when something is playing. Other buttons are shown next to it and vary according to the application used, as in the example of YouTube Music.
ALSO READ:  Microsoft Brings Performance Improvements to Xbox Cloud Gaming on iOS

If you speak more than one language, Android 13 brings the ability to change the language used in each app individually. This function can be useful for both bilingual users and developers so that they define which language to use in each installed application. Just change the setting in Settings > Apps > Select the desired app > App Language.

Now the Digital Wellness Bedtime Mode has a new function that darkens your phone’s wallpaper. This option is ideal to prevent you from losing sleep using your cell phone before going to bed or if someone calls or texts you during the night, also reducing eyestrain.

Until now, if an app asked for access to your files, it had to allow it to view all the photos and videos on the device, which certainly bothered those concerned about privacy. This is changing in Android 13, as it will now be possible to define which images and videos each app will be able to see, thus preventing your entire gallery from being exposed.

Who has never installed an app and suddenly started getting a flood of unwanted notifications? In Android 13 this will no longer be a problem as apps will need to ask for permission to send these warnings. If you deny it once, you won’t have to bother with them again.

Android 13 also brings significant improvements for those who like to listen to music with Bluetooth headphones thanks to the Bluetooth Low Energy (LE) standard that has reduced latency, has higher quality, and can even stream audio to more than one device at the same time.

Android 13 is now available for Google’s Pixel line devices, check out the list of devices with download links: