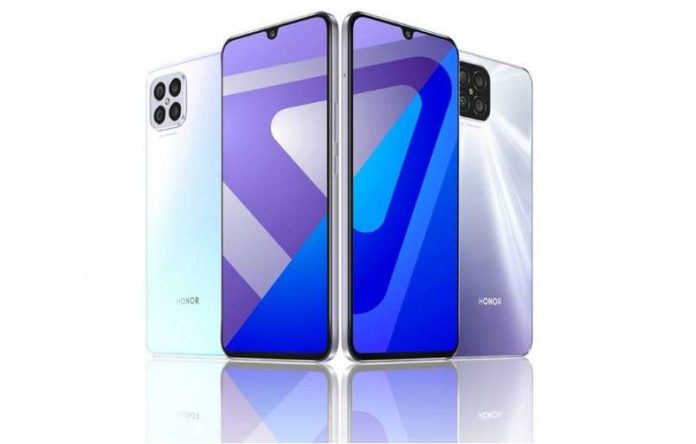 After the first hints and rumors of the more powerful model in the Honor Play 5 series appeared at the end of April. Now finally, the launch date of Honor Play 5 confirmed.

In an official publication on the social network Weibo, the company confirms that the Honor Play 5 line will be presented on May 18. The teaser, which you can see below, shows what appears to be the cheapest model in the series. It appears in two color options: light blue and silver. 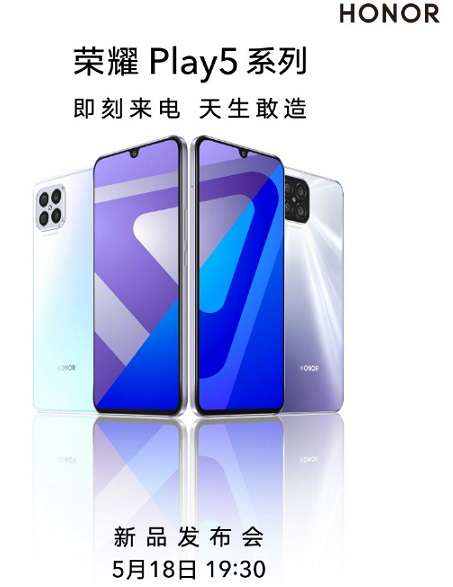 In the image, we can see the device with four rear cameras. A screen with thin edges, and a drop notch. We can also notice the lack of a fingerprint sensor on the body, which leads us to believe that the model will adopt OLED panel with an in-display fingerprint sensor.

As we’ve already seen another model in the series with a similar design, but offering a larger rear camera module. The company is expected to reveal at least two devices at next week’s event.

Both smartphones may adopt a 64 MP main sensor, but with small changes in the rest of the cameras. In the hardware, the most expensive model will arrive with a Dimensity 800U processor. More information about the pair is expected to emerge soon.